Will Coronavirus Be a ‘Get out of Jail’ Card?

Vienna Kang Advocates / News / Will Coronavirus Be a ‘Get out of Jail’ Card? 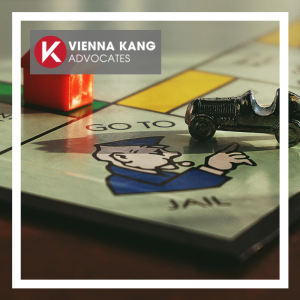 Prior to a Prosecution being commenced, the Crown Prosecution Service must apply two distinct tests.

The first is whether there is sufficient evidence to provide a realistic prospect of conviction; If not, the case should not proceed any further.  If there is sufficient evidence, the second question must be answered, namely whether a Prosecution is in the public interest.  To ascertain the public interest, Prosecutors must consider seven different factors:

a) How serious is the offence committed?

b) What is the level of culpability of the suspect?

a) the suspect’s level of involvement.

b) the extent to which the offending was premeditated and/or planned.

c) the extent to which the suspect has benefitted from criminal conduct.

d) whether the suspect has previous criminal convictions and/or out-of-court disposals and any offending whilst on bail or whilst subject to a court order.

e) whether the offending was or is likely to be continued, repeated or escalated.

f) the suspect’s age and maturity (see paragraph d below).

c) What are the circumstances of, and the harm caused to the victim?

d) What was the suspect’s age and maturity at the time of the offence?

e) What is the impact on the community?

f) Is prosecution a proportionate response?

a) The cost to the CPS and the wider criminal justice system, especially where it could be regarded as excessive when weighed against any likely penalty. Prosecutors should not decide the public interest on the basis of this factor alone. It is essential that regard is also given to the public interest factors identified when considering the other questions in paragraphs 4.14 a) to g), but cost can be a relevant factor when making an overall assessment of the public interest.

b) Cases should be prosecuted in accordance with principles of effective case management. For example, in a case involving multiple suspects, prosecution might be reserved for the main participants in order to avoid excessively long and complex proceedings.

Does the Coronavirus emergency change this test?

“One of these questions is f): Is prosecution a proportionate response?

When reviewing a case and considering this question, prosecutors should do so in the context of the ongoing impact on the criminal justice system of the Covid-19 pandemic.

In particular, prosecutors should note:

Prosecutors should also note the Interim CPS Charging Protocol, which provides guidance on the handling of charging decisions during the Covid-19 crisis.

When considering whether prosecution or continuing proceedings is a proportionate response, this factor must be weighed with all other relevant public interest factors, such as the seriousness of the offence and the circumstances of and the harm caused to the victim, to form an overall assessment of the public interest.

Each case must be decided on its own facts and merits, but factors that are likely to be relevant to determining what is in the interests of justice, not only for victims and witnesses, but also for each suspect and defendant are:

The age and maturity of the suspect / defendant: prosecutors should have regard to CPS guidance on Youth Offenders.

All cases involving youth offenders must be dealt with expeditiously and avoid delay, which has at its core the principle that there is little point in conducting a trial for a young offender long after the alleged commission of an offence when the offender will have difficulty in relating the sentence to the offence. To maximise the impact on the youth offender, the case must be dealt with as soon as possible.

Where appropriate, prosecutors should engage with defence representatives.”

What does this mean in practice?

In short, we expect many cases that would ordinarily have been prosecuted, to be disposed of differently. This does not necessarily mean that there will be no sanction, but it does increase the likelihood of an out of court disposal.

Of course, a sanction should only be accepted if there is guilt, but where that can be established, careful thought will need to be given to the proper approach, particularly in respect to early admission.

We can expect this process to be subject to a great deal of complex negotiation.

All of our solicitors are well versed in this aspect of law and are ready to secure the most appropriate outcome for all of our clients, but you must seek advice at the earliest possible opportunity.

If you require specialist advice, then please get in touch and let us help.  We are able to advise on plea, defence and potential sentences in a wide range of circumstances.