The Judge as Referee? 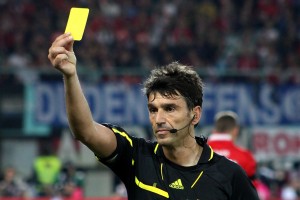 It is often said that the function of a Judge during a jury trial is to act as referee between the prosecution and the defence. Whilst the Judge is not entirely side-lined, the expectation is that no bias will be displayed against any one party.

When a Judge steps over the line and judicial intervention strays into interference, what action might the Court of Appeal take?

Judicial interventions and their effect on the safety of the conviction have been addressed in several cases.

“…the interventions which give rise to a quashing of a conviction are really three-fold; those which invite the jury to disbelieve the evidence for the defence which is put to the jury in such strong terms that it cannot be cured by the common formula that the facts are for the jury …. The second ground giving rise to a quashing of a conviction is where the interventions have made it really impossible for counsel for the defence to do his or her duty … and thirdly, case where the interventions have the effect of preventing the prisoner himself from doing himself justice and telling the story in his own way”.

In R v Hulusi and Purvis (1973) 58 Cr App R 378 Lawton LJ set out extracts from a transcript of Lord Parker’s judgment when setting aside convictions for robbery where the appellant “was cross-examined by the judge – there is no other word for it – at very considerable length …”.

R v Copsey [2008] EWCA Crim 2043 was another case where the Court quashed a conviction where they found that the judge “took on the role of cross-examining in the way that is more suitable for a prosecuting counsel than for a judge”.

“While reference has been made above to some of the rules which should be observed in a well-conducted trial to safeguard the fairness of the proceedings, it is not every departure from good practice which renders the trial unfair. Inevitably, in the course of a long trial, things are done or said which should not be done or said. Most occurrences of that kind do not undermine the integrity of the trial, particularly if they are isolated and particularly if, where appropriate, they are the subject of a clear judicial direction. It would emasculate the trial process, and undermine public confidence in the administration of criminal justice, if a standard of perfection were imposed that was incapable of attainment in practice. But the right of a criminal defendant to a fair trial is absolute. There will come a point when the departure from good practice is so gross, or so persistent, or so irremediable that an appellate court will have no choice but to condemn a trial as unfair and quash a conviction as unsafe, however strong the grounds for believing the defendant to be guilty.”

“…in a case of procedural unfairness … determination of such an issue involves weighing the seriousness of the irregularities. If the defects were relatively minor, the trial may still be regarded as fair. Conversely, if they were sufficiently serious it cannot be accepted as fair, no matter how strong the evidence of guilt.”

In R v Grove [2017] EWCA Crim 1229 the court held that the judge’s conduct in that particular case “crossed to the wrong side of the lines which Lord Parker and Lord Bingham drew”.

In isolation, interventions may be regarded as trivial, but when a Judge strays onto the field, the cumulative effect of the interventions can be such as to render the trial unfair.

We keep up to date with changes in legislation and case law so that we are always best placed to advise properly. Should you wish to discuss any aspect of your case, please call Karen Gudger on 0121 726 9116 for a no-obligation confidential free initial consultation or email her on k.gudger@viennakang.co.uk