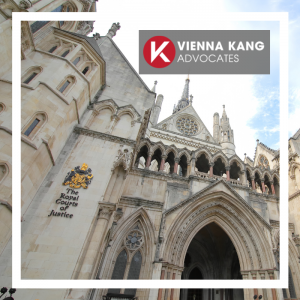 If the Attorney General believes that a sentence imposed in the Crown Court is “unduly lenient”, or ‘too soft’ as newspapers often say, she can ask for the case to be referred back to court for it to be reconsidered.

This is what happened to Taha Amin. He had pleaded guilty to several robberies and received a sentence of 23 months’ imprisonment, which was suspended for two years. Although the judge referred to ‘imprisonment’, this should have been expressed as ‘detention’ due to Amin’s age. Conditions were attached to the suspended sentence that he complete a Thinking Skills Programme, observe by a tagged curfew for four months, complete 180 hours of unpaid work and be under the supervision of the Probation Service for two years.

Amin was 18 years old at the time of the offences. He had not been in trouble before and had been remanded in custody for several months prior to the sentencing hearing.

It was submitted that the sentence was unduly lenient and that each offence was aggravated by the fact Amin had been acting as part of a group. It was, however, acknowledged there was remorse, a lack of maturity, no significant planning and that Amin had taken steps to break away from his friends between the last of the offences and his arrest.

On behalf of Amin, the court was reminded of a recent court decision which indicated that account could be taken of the effects of Covid-19 on conditions in custody. Whilst on remand Amin had been locked in a cell for over 23 hours a day and had not received any family visits. Also, if he did receive immediate custody, he would not be able to complete any rehabilitative courses.

The court agreed that the seriousness of the offences meant that a suspended sentence should not have been imposed. The view was taken that a sentence of 3 years detention would have been appropriate, even taking into account the mitigation. A sentence of that length cannot be suspended.

Having decided that the sentence was unduly lenient, the court then had to consider whether or not it should be varied – the court has a discretion to not to change the sentence.

Amin had used the time since the sentencing hearing wisely. Although only two months had passed, he had attended all required appointments, complied with his curfew and developed a good rapport with his offender manager. The Probation Service provided a positive report which confirmed that Amin was very motivated to engage with them. The fact that the conditions attached to his sentence also amounted to a significant restriction on his liberty and the amount of time which he had previously spent in custody were also taken into account.

In deciding not to vary his sentence, the court said that Amin’s behaviour since sentencing demonstrated the contrast between the prospects of rehabilitation under the present sentence and if he were required to return to custody.

When can a sentence be referred?

The power to review only applies to sentences passed in proceedings in the Crown Court and to certain offences.

The sentencing judge is usually best placed to weigh the relevant factors so leave to refer should only be granted in exceptional circumstances. There will usually have been an error which would damage public confidence if not rectified.

What does unduly lenient mean?

A sentence has to be regarded as unduly lenient rather than simply lenient. A sentence is unduly lenient if it falls outside of the range of sentences the judge could reasonably deem appropriate. Regard needs to be had to reported cases, guideline cases and the relevant sentencing guidelines.

As can be seen from the case of Amin, the court does not have to change the sentence even when it is unduly lenient. Although one of the considerations in this case was the impact of Covid on prisoners, it is clear that the court can and will take into account any behaviour or compliance with the sentence that had been imposed.

If you would like to discuss any aspect of your case, please contact Hetal Patel on 0121 726 9116 or contact us and one of our specialist lawyers will call you.