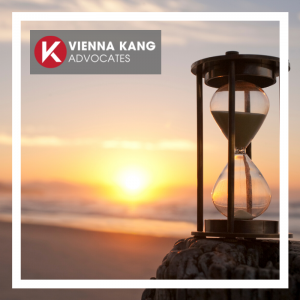 The dictionary definition of “to mitigate” is to lessen in force or intensity, to make less severe.  Mitigation is the act of reducing how harmful, unpleasant or bad something is, something that causes the Court to Judge a crime to be less serious or to reduce the severity of punishment.

There are obvious mitigating factors that most people know about, such as an early guilty plea or not having any previous convictions.  A recent case before The Court of Appeal, R v Sanyaki, highlighted a mitigating factor that some may not have considered: –

Sanyaki was a student nurse, over a four-month period she photographed the front and back of credit cards belonging to other students.  She then used the details to pay for goods and services totaling around £7,000.  She pleaded guilty to fraud and also the theft of a driving licence and credit card belonging to a student.

The sentencing Judge took the view that the sentence could not be suspended as it was a prolonged course of conduct, stealing the details of a variety of different people.  The Court of Appeal is reluctant to interfere with an exercise of judgement as to whether or not to suspend a sentence where all relevant considerations have been taken into account.  The Court shall only interfere if the decision was plainly wrong in principle or results in a sentence which is manifestly excessive.

In the case of Sanyaki, it was found that the Judge did not weigh all the relevant considerations in deciding whether to suspend the sentence.  The Court of Appeal determined that the sentence should have been suspended.  They stated that students who do this kind of thing can expect no concessions from the Court.  However, the effect of a conviction on future careers, particularly those of previous good character and where the offences were committed when they were young, is a piece of personal mitigation that cannot be overlooked.

The fact that she was a student, therefore, was a mitigating factor as the Court considered the impact that the sentence was going to have on her career, although she would not be able to continue her nursing course and her job as a care assistant.

Sanyaki’s appeal was successful, and her sentence was suspended, and she was to complete unpaid work.

We are experts in mitigation and have extensive knowledge of the sentencing guidelines and keep up to date with case law, such as the case of Sanyaki. Our advocates are best placed to secure the most favourable sentencing outcome on your behalf.

If you require specialist advice, then please get in touch and let us help.  We are able to advise on plea, defence and potential sentences in a wide range of circumstances.