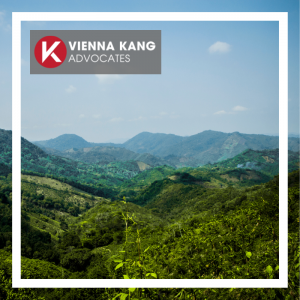 Supported by the Department for Environment, Food and Rural Affairs, the Environment Agency is an executive non-departmental public body. The Agency was established in 1996 “to protect and improve the environment” and its responsibilities include:

The stated priorities of the Agency are to:

The Agency is responsible for enforcing laws that protect the environment. The regulatory effort is directed towards activities that could cause the greatest risk of serious environmental damage, where the risks are least well-controlled, the regulatory framework is undermined and where deliberate or organised crime is suspected.

When deciding whether to start a prosecution, the Agency uses the same test used by the Crown Prosecution Service. In order for the test to be satisfied, there must be a realistic prospect of securing a conviction. Generally a prosecution should be the last resort, all other options having been considered first.

The Agency is required by law to publish details of its enforcement action in certain circumstances. Criminal convictions, enforcement undertakings and enforcement/breach notices will all normally be published.

Two men were prosecuted for illegally fishing for crayfish on the River Derwent. Inside their vehicle they were found to have crates and wire used to make crayfish traps. One of the defendants was fined £400 with £690 costs, and the other was fined £333 with costs of £683.

The Environment Agency regulates crayfish fishing to protect native clawed crayfish. Commercial trapping can cause the spread of disease from invasive signal crayfish to native white claw crayfish. Licences can be granted for commercial reasons, fisheries management and scientific research.

In another case an enforcement undertaking was accepted from Yorkshire Water after a sewage discharge led to pollution in Leeds. The Agency alerted the company to discoloured water in Kippax Beck; it transpired that storm tanks had filled and were discharging into the watercourse. The system appeared to be operating as normal, and the level alarms had not been triggered as they should have been. The impact affected the beck and wildlife over a 3.3km area.

An enforcement undertaking is a voluntary offer and, in this case, comprised a payment of £300,000 to Yorkshire Wildlife Trust. The Trust is to use the money to fund a series of projects at nature reserves in the Lower Aire valley. The undertaking also set out how the company had taken steps to make improvements, review alarms, complete an environmental survey, and replace and repair machinery.

In a case involving SC Chadwicks and Sons Ltd, two company directors and the company secretary were prosecuted for breaching Environmental Permit conditions at two waste sites. The main issue at both sites was that more waste was being brought onto the site than was removed, apparently for financial reasons. Maximum waste height limits were exceeded, it was not being processed efficiently, and there was a high risk of pollution from odour and fire. The company ceased trading and left the local council to clear the sites at an estimated cost of £3million. Two of the defendants were sentenced to 10 months imprisonment suspended for eighteen months, and the third was given 14 weeks imprisonment suspended for 18 months.

We ensure we keep up to date with any changes in legislation and case law so that we are always best placed to advise you properly. If you would like to discuss any aspect of your case, please contact Principal Solicitor Martin Smith on 0121 726 9116 or alternatively get in touch with him by email m.smith@viennakang.co.uk.