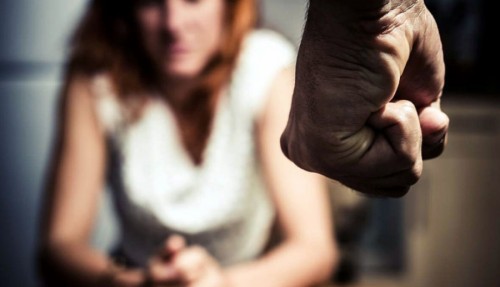 Domestic Violence Protection Notices (DVPNs) are commonly issued by the police when attending incidents of alleged domestic violence. Invariably, irrespective of the rights and wrongs of a situation, and often it is almost impossible for this to be correctly judged, the male is the recipient of a DVPN.

The effect of the DVPN is to force the subject’s removal from the property for 48 hours; this shall then be followed by an Application to the Magistrates’ Court for a Domestic Violence Protection Order which can result in the removal of the subject from the premises for a further 28 days.

The rationale is to provide the supposed victim of domestic violence with ‘breathing space’ and the opportunity to think things through with a clear head free of exposure to their alleged perpetrator, furthermore it provides them with the opportunity to seek help and assistance.

Can You Challenge a Notice?

Due to the relatively informal way in which Domestic Violence Protection Notices are issued, there is no realistic way to challenge them before they take effect, so later successful challenges would result in a mostly pyrrhic victory only. However, you may challenge the Application by the police for a DVPO, and we can assist you in that process.

The legal framework for these Orders was recently considered by the High Court in the case of Kerr v Chief Constable of Surrey Police [2017] EWHC 2936 (Admin). The facts, in this case, are typical of many of the cases that we see before the Courts, and one particular, albeit by no means an uncommon feature was that the supposed beneficiary of the Order, Mr Kerr’s partner of 8 years, did not actively support the making of the Order.

The High Court upheld the legislative scheme in its entirety, observing that:

“…within the experience of a Magistrates’ Court, that victims of domestic violence can be equivocal in their views. There are many reasons why at any given point in time they may express some reluctance to seek to exclude the partner. As [Counsel] correctly observes, that is precisely the danger that this legislation addresses by allowing a short-term emergency order to be made for the protection of a victim of domestic violence, even in circumstances where the victim is not seeking such an order.”

There is no case law cited in the judgment, and it is open to argument therefore whether the High Court considered the recent decision of Herrington [2017] 2 Cr App R (S) 327 where, when considering whether to make a restraining order the Court of Appeal observed:

“This is not a jurisdiction which can be used to prevent an adult from deciding who she wants to live with. Although any person considering this case would consider that [HJ] is at serious risk of violence from the appellant, she has the right to live with him if she chooses. It is to be hoped that she is genuinely aware of the risk she is running in doing that, but ultimately, she is an adult and free to take those decisions for herself. The law does not presently permit the criminal Court to act to protect victims of domestic violence against the consequences of decisions of this kind which they freely make. Because of our level of concern for her safety, we caused the police to contact her very recently before this case was heard so that her wishes could be ascertained. She told them unambiguously that she wants this Order revoked.”

How Can We Assist?

When new judgments come along, they are often presented as offering the complete answer to a legal problem, but in our experience, they seldom do. Recourse must be had to earlier decision, particularly ones not considered in any new case and, in any event it is rare for a case to be identical to one decided previously as the circumstances in any given case are individual to that case.

If you are facing the prospect of a Domestic Violence Protection Order, or have been accused of an assault or domestic violence then contact Mr. Iqbal Singh Kang, Principal Solicitor on 0121 726 9116 or iskang@viennakang.co.uk