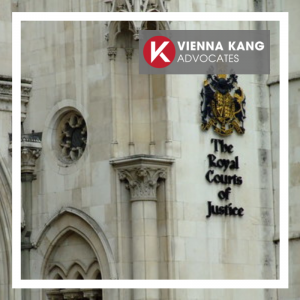 The Release of Prisoners (Alteration of Relevant Proportion of Sentence) Order 2020 came into force on 1st April 2020.

This statutory instrument’s effect was to alter the early release provisions for some offenders receiving relatively lengthy custodial sentences. By way of example, an offender who received a sentence of 12 years imprisonment would be released after eight years instead of 6 years, so “adding” 2 years to the time to be served in prison.

This legislation applied to anyone sentenced on or after 1st April 2020, even if they had been convicted before that date.

Some offenders might, but for the Coronavirus pandemic, have been sentenced prior to the 1st April and therefore have avoided the new rule, but because of the shutdown of the criminal courts were sentenced after the 1st April 2020.

‘The appellants each argue that through no fault of their own, or the defence generally, they will serve substantially more time in custody prior to release than would otherwise have been the case if the matter had proceeded to sentence as originally intended. They say that this is manifestly unfair and that it is wrong in principle that an appellant, through no fault of his own, should suffer the detrimental effect of the 2020 Order when the court’s intention had been that they should be sentenced before those provisions came into effect’

The Court of Appeal rejected the arguments put forward by the appellants, deciding as follows:

It is unlikely that there will be further attempts to challenge the effect of the 2020 Order, but as always we will be closely monitoring this and other cases to ensure the best outcomes for our clients.

We ensure we keep up to date with any changes in legislation and case law so that we are always best placed to advise you properly. If you would like to discuss any aspect of your case, please contact Martin Smith on 07494 144 731 or contact us and one of our specialist lawyers will call you back.