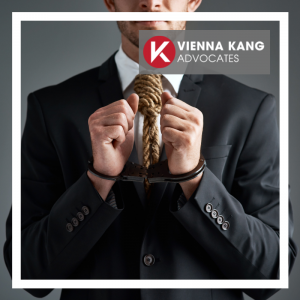 The Law Commission is seeking views on corporate criminal liability. The Commission is an independent statutory body which keeps the law in England and Wales under review. The Commission recommends reform where it is needed to ensure the law is fair, modern, simple and cost-effective.

Their latest consultation is to see whether and how the law on corporate criminal liability could be improved. The aim of any change being to appropriately capture and punish criminal offences when committed by corporations along with their directors and senior management.

In a joint statement, two of the Commissioners said that the current law does not always criminalise corporate misbehaviour appropriately, especially in the case of large corporations.

There is a balance to be drawn between reforming the law so that organisations can be held to account and the impact of increased costs on the organisations to comply. The consultation is to seek views on how this could be achieved. There are two major issues to consider, the identification principle and the introduction of new “failure to prevent” offences.

There are some exceptions to this principle; examples are strict liability offences, failure to prevent offences (see below) and corporate manslaughter.

The concern of the Law Commission is that this principle does not properly deal with misconduct, especially in larger organisations with complex decision-making structures. It is said to be disproportionately difficult to prosecute large companies, and it is much easier to hold a small company to account as the decision making is not so diffuse. The problem with this is that everyone should be equal; large companies should not be able to resist prosecution just because the deciding mind cannot be identified. A very public example is the phone-hacking scandal where individual journalists were prosecuted, but no companies were prosecuted, even though they accepted liability under civil law.

In other jurisdictions, there are wider bases of liability. For example, in Australia, a company can be held criminally responsible if the conduct was sanctioned by senior management or if there is a corporate culture of non-compliance. In America, companies can be held criminally responsible for offending carried out by an employee in the course of their employment where the intention is, in part, to benefit the employer.

New offences of failing to prevent bribery and prevent tax evasion have recently been created. A company can be guilty unless it can show that there were adequate procedures in place to prevent the conduct. It is being suggested that similar new offences could be created to cover other forms of economic crime.

The current failure offences were introduced with guidance on steps that companies could take to prevent the offending. It is guidance rather than being compulsory, but by following the guidance it is easier for the company to show that it had adequate procedures in place.

The Law Commission is to examine which further offences could be introduced to cover other offences, such as fraud. The suggestion is that any new offences would also be introduced with guidance, which could provide a defence for a company if followed. The costs of introducing new offence/s and guidance would be assessed along with the potential cost for businesses if they were.

The Law Commission is holding a series of webinars with a panel of experts to discuss concerns and possible options. The questions and issues to be considered include:

We ensure we keep up to date with any changes in legislation and case law so that we are always best placed to advise you properly. If you would like to discuss any aspect of your case, please contact Martin Smith on 0121 726 9116 or 07494 144 731 or get in touch with us using our contact form and one of our team of specialist lawyers will call you.