There are various different types of ‘Criminal Appeals’

Appeals against Conviction and / or Sentence 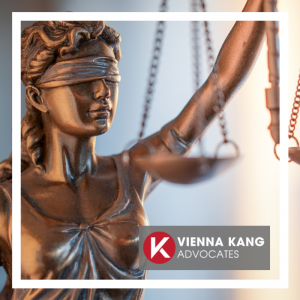 The crucial difference between the two Appeals is that to Appeal to the Court of Appeal, a person must set out their Grounds of Appeal fully.  A Single Judge [typically a High Court Judge] then considers these grounds to ascertain whether there is ‘an arguable case’.  If the Single Judge grants Leave then the Appeal proceeds to be heard before the full Court of Appeal, but otherwise, if it is refused then a person may still ask the full Court of Appeal to consider the Grounds, but there may be consequences if there is a refusal.  These consequences include an Appellant who is in custody having any time that they have spent remanded in custody awaiting the Appeal to be heard being directed not to count towards their sentence.

Strict time limits apply for Appeals and they must be observed, or an Appellant must request Leave to Appeal ‘out of time’.  It should never be assumed that an Appeal out of time shall be allowed, even if the delay is only for a very short period.

If a person disagrees with a finding made against them in the Magistrates’ Court, or for certain matters in the Crown Court, then they may Appeal to the High Court ‘by way of case stated’.  A decision means a final one in terms of what can be reviewed.

The essence of this type of Appeal is that either the initial decision was wrong in law, or the Court acted in excess of its jurisdiction. There is a 21-day time limit and no power to extend that limit in a case from the Magistrates’ Court.  The time commences from the conclusion of the case.

A judicial review is a challenge to the way in which a decision has been made.  The Court is not concerned with the conclusion as such (unless it was plainly unreasonable), just whether the right procedures were followed.  A judge cannot quash or declare a decision unlawful purely on the basis that he would have made a different decision.

The three main grounds of judicial review are illegality, procedural unfairness and irrationality.  Additionally, a decision can be overturned if a pubic authority as acted in a way which is incompatible with human rights under the Human rights Act 1998.  A judicial review challenge must be brought ‘promptly’, and in any event within 3 months, so even a short delay may prove fatal.

Consequently, there are various different routes by which decisions of the Courts may be challenged and in some instances they may overlap.  The choice as to which route to follow is one that we advise in relation to having considered all of the circumstances of the case.  If necessary, we shall instruct specialist Counsel [Barrister] to advise.

The key thing, in all cases, is to seek legal advice without delay.

If you require specialist advice in relation to a criminal conviction, sentence or decision which has been imposed by a Court then please get in touch and allow us to help.  We are able to advise on plea, defences and potential sentences in a wide range of circumstances.